We have decided to add this page as we feel it is important to provide new customers with an idea of the service and experience that our existing customers receive from BR Cartronics.

Below are just a few recent examples of comments we receive. 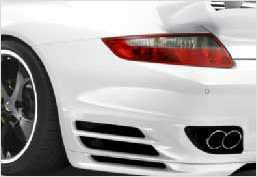 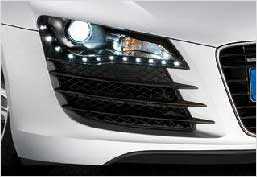 I had issues with the temperature gauge on my Rapido, it went gaga when I went tom Lyon anyhow, I came back to the UK tried to get it fixed and failed.

Went to see them and spoke with Bernard, he is a petrol head and an electronics wizard, I explained my situation and he agreed to sort it out..

The van was taken there, some 11 miles away, they then brought me home in a rather nice expensive BMW…

After a day or so, they advised me that the data/signal from the sensor was going to the ECU via the Can Bus and that a signal was coming out of the ECU to the dash, they had checked the dash and there were some issues with the data on the dash. They then took the dash off and sent it to be analysed/fixed.

Some days later Bernard rang and said that they could not repair the dash as there was some corruption on the ‘chip’ and the data could not be restored. Reluctantly they advised that the dash cluster would have to replaced. I rang around FIAT and the price of a new dash/cluster was over £800 plus.. Eventually I got a brand new one from a dealer in Southampton for £200, it appeared they had ordered it for a customer who never turned up. My luck had changed.

BR Cartronics then decided to use some Tone Generator equipment on the wiring to see if there was any issues with the harness, nothing found.

They then took the ECU out sent it away to have that tested and analysed, the company that looked at the ECU advised that the ECU was corrupting the data output, BR Cartronics then had the ECU replaced and the data restored, fitted it to the van and hey presto it worked.

During all this work, they would pick me up and deliver me home, when I wanted the van, no problem, as long as I knew that my tempo gauge did not work.

Their professionalism is beyond doubt and their premises have a clean waiting area, free coffee and wifi (you have to ask for wifi), if you are waiting they give you an update every hour and are polite in the extreme.

I had two major concerns with BR Cartronics.

a) That they would say that they had tried their best and failed and they could not help me.

The end result of all this is, my van is fixed, BR Cartronics will not give up and keep their promise and the bill? Well that was ½ what I expected.

They are as far as I am concerned Number 1, I will be taking my Rapido there to be serviced and MOT’d, they have all the equipment and it’s all very modern and they are well organised, the workshop is tidy, clean and the staff brilliant.

I have no issues in recommending BR Cartronics. A model for others to follow.

Just a brief message to say how pleased I am with my car,(BMW E60 530d 05 plate.) Following the work you carried out last week in removing the inner of the dpf, re programming ecu so as it doesn't put car in limp mode, also the new injectors x2 and glow plugs you changed. My car has never ran so smooth,quick and been this economical, I am getting 80 miles more per tank of diesel which is superb.

Your work and attention to detail is fantastic, especially trying out this revolutionary program which you had not done prior to this, it certainly works and I would recommend you and your work to anyone.

Ref four wheel alignments carried out on a BMW 1 Series

Just to say a massive thanks for today. The changes from 2.5 front toe to around .7 have made a massive difference. Also bringing the rear toe to almost level and increasing rear camber to -1 ish has made a vast difference.

It isn’t placebo, I assure you. The initial bite is there on turn in, and the rear rolling over onto a shoulder sensation is no longer there. It feels planted and the progression into over steer is manageable and progressive.

BR Cartronics is a rare find: a garage that not only goes the extra mile, but does so without breaking the bank.

The reason I was first introduced to BRC was because my BMW 530i had somehow burnt through its rear wiring loom (due to a leak it transpired) and fried several ECU’s. At the time I was having it serviced at a Halfords garage and their main man, an auto electrician by specialism, couldn’t repair it without, he said, replacing the entire wiring loom at vast cost. I spoke to another independent BMW specialist garage who said they couldn’t fix it either as they didn’t have the expertise … but suggested BRC as “ if they couldn’t do it no-one can”. So, after some huffing & puffing by Halfords who’d already spent a fortnight on it - doing what I’m not quite sure - I took it to see Bernard at BRC.

Bernard’s diagnosis was swift & clear. Yes they could mend it; no, it only needed the rear segment of loom; we could get a replacement from another 530 being scrapped as long as I didn’t mind waiting until one becomes available; you can have a garage run-around in the meantime. It took a few weeks to find the correct donor car but after the fiasco at Halfords and the very real possibility that the car might have to be written off otherwise, BRC effected a totally successful repair. BMW’s are complex, expensive when they go wrong, especially in the electrics/electronics dept., and I feared an enormous bill. I was amazed, given the circumstances, that I was charged just £600.00!

After that experience I have never been elsewhere, and over the years I have been to many garages. I tend to run big second hand cars as I need alot of load carrying space but can’t be doing with pristine new vehicles as mine have to be jacks-of-all-trades and very practical. Since the BMW I moved onto a Jeep Grand Cherokee, another marque with expensive parts, which has also had a few problems but I always know that BRC can & will sort it out, and cost effectively too. They will search the internet for you rather than mindlessly fit new, OE parts (unless you want them to!), they will lend you a car, they will always check with you if additional problems come to light, and in short they always look out for you the customer. It's a brilliant service and I recommend them them without an iota of reservation.

I wanted to drop you a quick message to thank you so much for sorting out my car!

It is lovely to be able to use the key fob properly to turn off the alarm and not have to fear waking the neighbours! The rear screen demists quicker and the radio has no crackles. I feel you must be miracle workers to have sorted out all that wiring!

I am so impressed with your friendliness, professionalism and efficiency. You understood what was wanted, offered me the exact same service as Sytners (Leicester) but at 2 thirds of the cost. We were prepared to have to pay over £330 but you charged us £242 - what a big difference​.
I liked that you kept us informed along the way. You told us you would and you did. I have had dealings with other organisations who didn't do that so I'm truly grateful.

The provision of the courtesy car was much appreciated as it enabled us to get on with our day to day life while my car was with you. It was a nice little runner and seemed like you kept it well maintained.

I've left a review on Google but I'll leave it with you to check out what I've put! I've also been telling anyone who will listen how fantastic we found you!

I'm hopeful there will be no more issues with my car but in the unfortunate event it becomes necessary, BR Cartronics will definitely be my first port of call.

When they're due, may I bring my car to you for it's MOT and servicing, please?

Thank you SO much, once again.